The Asian Giant Hornet is the world’s largest species of hornet. It has taken on many names, most recently “Murder Hornet.” Its scientific name is Vespa Mandarinia – “Vespa” for Hornet, “Mandarinia” for its place of origin. The bugs are native to Eastern Asia and first appeared in the United States in 2019. The word “Giant” is no exaggeration. These monsters are five times the size of a Honey Bee, and 20 times its weight. Keep in mind, at half an inch long, Honey Bees are already relatively large insects.

Oh, and the term Murder Hornet? That isn’t hyperbole either. The Murder Hornet carries a quarter-inch stinger powerful enough to stab through beekeeper suits. That armor-piercing weapon delivers a sting that’s said to feel like a scalding thumbtack sticking into you. The venom carried by the Asian Giant Hornet is highly toxic, causing shock, renal failure, and sometimes death. The insect kills dozens of people in Japan each year. In Shanghai, swarms of Murder Hornets killed 42 people and injured 1,600 more over just a few months. Another region of China reported a single swarm wounding 30 people, including 23 children. Scientists believe the Asian Giant Hornet’s venom is just barely less toxic than a Honey Bee’s. So why is it so much more dangerous? Despite the toxicity level being lower, the gargantuan stinger delivers more of the venom. Plus, it can sting over and over again.

These two-inch-long demons have spiked mandibles shaped like shark fins, which they use to decapitate bees. The killers then fly off with the dead bees’ bodies to feed to their young. They can kill thousands of bees in a matter of hours. The bees we have in the U.S. have no defense against these creatures. The pollination bees provide is crucial to the food supply. Some scientists estimate the work of bees is responsible for one out of three bites of food we eat. That’s a $15 billion contribution to the U.S. economy from Honey Bees alone.

California, in particular, thrives on agriculture, and if our bee population were threatened, the economy could collapse. Honey Bees have already been struggling, and California farmers have been in distress since 2012. Since then, beekeepers have lost between a quarter and a half of their hives annually. Parasites, mites, climate change, diseases, and pesticides are already enough problems for our bee population. Murder hornets will be devastating if they reach the state. These enormous insects will hunt solo, or in groups, depending on the season. They can fly six miles or more in search of food. Though they’ll eat any kind of insects, they seem to enjoy feasting on bees particularly.

The Asian Giant Hornet differs from other hornets in more ways than merely its size and lethality. These bugs have a light orange head that is broad when compared with other, similar species. Its antennae are brown with light orange or dark yellow bases. Two sets of grey wings extend out from a dark brown thorax. Like other hornets, wasps, and bees, it has compound eyes that will be either black or dark brown. It also has three simple eyes. The abdomen has alternating bands of color, ranging from dark brown and black to orange-yellow. The shark fin-shaped mandible is a deep, threatening orange color. The Vespa Mandarinia also has a black tooth that it uses to burrow. Their nests are more difficult to eradicate than other hornets’ – and not just because the bugs are dangerous. The hives are established underground, typically in forested, rainy habitats. Though the bugs react to smoke the same way bees do, getting the smoke into the hive is more challenging than with other nests that are out in the open.

If you find an Asian Giant Hornet, call the California State Department of Agriculture. If you think you see one, but are unsure about the insect identification, you can send a picture to the Entomological Society of America at https://www.entsoc.org/

There’s no playing nice with aggressive insects. You have to eradicate them from your property completely and take steps to make sure they don’t come back to plague you again. At Go-Pher the Kill, we take the extermination process and future prevention measures very seriously. We’re so confident in our work, and so dedicated to our customers that we don’t mind coming back out to re-treat an area if that’s what it takes to ease your mind. We also offer a satisfaction guarantee. 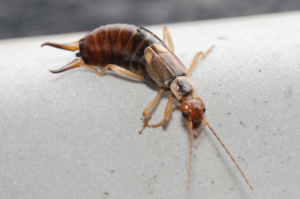 The Asian Giant Hornet is the world’s largest species of hornet. It has taken on many names, most recently “Murder Hornet.” Its scientific name is Vespa 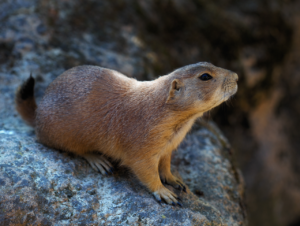 Pocket Gophers are among the most camouflaged pest species across North America. No, they aren’t wearing khakis, it’s their incorrect portrayal in movies and television as 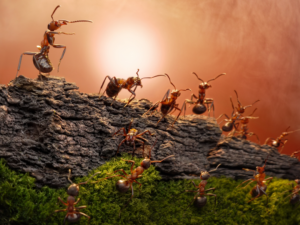 Do You Need Integrated Pest Management?

Southern California’s fantastic climate serves as a perfect host for a wide variety of animal pests and troublesome insects. The broad spectrum of problem species